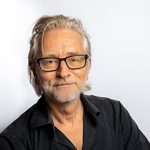 Alex Tjalsma studied Business Logistics at VAT Tilburg (now NHTV Breda University of Applied Sciences) and gained an MBA from Hull University Business School (UK). He subsequently joined Apple Computer Inc as a planner/buyer, where he was closely involved in optimising and standardising both inventory management and sales & operations planning (S&OP). He then went on to spend three years as the head of operations at Apple’s European distribution centre, initially employed by Apple itself and later, when the activities were outsourced, by Frans Maas. In that period, he played a leading role in optimising the planning and execution of Apple’s warehousing and assembly activities.

From that management role, he switched to the position of project manager at Frans Maas, during which time he set up and optimised a number of warehousing and VAL operations in both The Netherlands and Belgium. He then became manager of business support at logistics service provider TDG where he was responsible for logistics support and IT. His achievements in that role included developing TDG’s new transport strategy.

He moved into supply chain consultancy in 2001, initially at Cap Gemini. He joined Involvation in 2005 as a consultant, becoming a partner/consultant in 2008. Over the years, he has gained experience of wholesalers, utility companies and manufacturing companies. His specialism is managing processes by reducing complexity and improving responsiveness. Blogs and opinion pieces written by Alex are published regularly. In 2009, he was voted ‘Most recommended supply chain consultant’ by readers of Supply Chain Magazine.

In addition to his direct involvement in advice and implementation projects, as a partner at Involvation he also plays an active role in developing new consultancy concepts, knowledge building, training and development, and marketing.

Alex lives in Langbroek and is married with two sons. In his free time, he coaches a local football team. He also enjoys cycling, running and trying to play the guitar.