1,400 passengers delayed because of 1 employee off sick 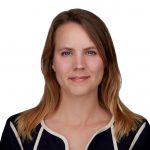 This summer Eindhoven Airport in the Netherlands hit the headlines for the wrong reasons. For the duration of an entire morning, no flights were able to depart from the airport – which is also a military base – because of issues in the military air traffic control tower. Stranded passengers were forced to wait outside in the heat because there was insufficient space in the departure hall to allow for social distancing. According to the airport’s spokesperson, an employee had called in sick that morning, resulting in 15 flights being unable to take off and causing 1,400 passengers to be delayed. One passenger expressed his frustration to the media: ‘The entire airport has ground to a halt, and all because of one employee? Ridiculous.’ Of course, this is an understandable reaction. 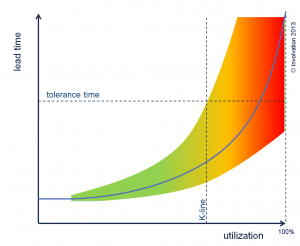 Eindhoven Airport has had capacity issues in its air traffic control tower for a while now, and on 7 August the absence of just one employee was the tipping point. Although some people might view this incident with scepticism, at Involvation we fully understand how this situation could have arisen.

Whether in the service industry or the manufacturing industry, lead times of tasks increase as the utilization of capacity rises. This effect is strongly enhanced by variation. The further we move towards the right side of this curve (towards 100% utilization), the stronger variation affects the lead time. In other words, even a small incident can lead to massive disruption.

It’s very likely that on 7 August, the absence of one employee pushed the utilization towards or even beyond 100%. When variation then occurs, such as an unexpected delay or two tasks requiring attention simultaneously, lead times will increase drastically, resulting in long waiting times. 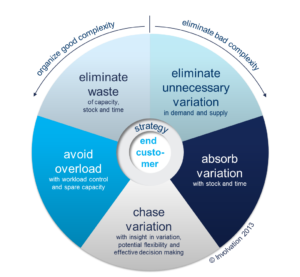 In manufacturing environments, it’s common to see significant efforts aimed at minimizing variation. Capacity can only be (almost) fully utilized when variation is reduced to practically zero (e.g. in the automotive industry). As long as it is not possible to completely eliminate variation, it will be necessary to adopt some spare capacity; otherwise, lead times will explode.

Involvation’s Wheel of Five offers an integral approach to managing variation in the manufacturing and service industries. Avoiding overload and eliminating variation are two aspects of the five sided approach. Eindhoven Airport is welcome to consult it. The absence of one employee was an unfortunate incident for the airport’s passengers on 7 August. To us, it serves as a valuable example of the consequences of overloading a system in combination with variation.