Incorporating IoT into blockchain will add value in the supply chain 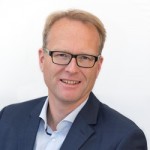 The technology behind bitcoin is gradually finding its way into the supply chain domain; pilot applications of blockchain are hitting the headlines almost every week. For many of these pilot cases, however, it is still hard to see the added value.

In my view, the added value of these pilots primarily lies in helping the industry to understand and apply the new technology in small steps. With that in mind, it is logical to start with simple problems to test blockchain solutions. But as an outsider you may think ‘Why not just use a database?’. 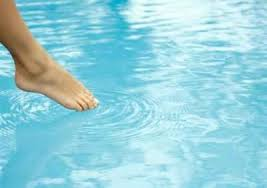 Over recent months, it has become increasingly clear that these pilots are gaining in significance. Both Ahold and Walmart have announced their use of blockchain to improve food safety in specific food chains (mangos, leafy green vegetables, fruit juices), for example. In Walmart’s case it is no longer an informal pilot; the retailer requires all suppliers of leafy green vegetables to share their data in the blockchain for better traceability. Walmart claims that this will reduce the time needed to trace a batch in the chain to a matter of seconds rather than days.

In the bitcoin blockchain, the data is validated (‘Are you really the owner of this bitcoin?’), but that is not possible in the traceability setup. So here, the weakest link in the chain is the dependency on the correct input from the supply chain partners.

Therefore, the logical next step is digitalization, because the real added value of blockchain lies in its role as a ‘cocktail shaker’ mixing together several different technologies. By using IoT, geofencing and sensors, the supply chain data in the blockchain becomes reliable and hence beneficial for financial transactions or even completely new business models. Whereas retail giants such as Ahold and Walmart are only just beginning to take their first steps in the application of blockchain, start-ups are moving at a faster pace. One example of a ‘cocktail shaker’ application of blockchain is 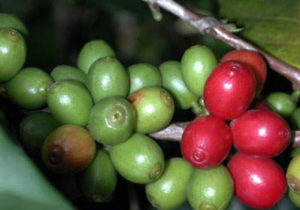 the Bext360 platform from a Fairtrade start-up, which has developed a machine that is able to weigh and grade the quality of coffee cherries using sensors and artificial intelligence.

When a farmer deposits his coffee cherries, the batch is analysed by the machine and identified in the blockchain. The farmer receives a quotation for his product based on the cherries’ characteristics and, if he accepts, payment occurs immediately through the blockchain. This eliminates a costly certification process with all the associated documentation. The batch is traced through the supply chain from the collection point onwards using the blockchain.

This transparency creates new possibilities beyond traceability for stakeholders throughout the entire supply chain, and data about past revenues even enables banks to make better decisions regarding financing small farmers. I regard these as more extensive applications of blockchain that will be gradually implemented in supply chains in the near future. We will move from a focus on traceability to transparency, automated transactions and new business models.

The question is not whether this will happen, but how fast it will happen. We will monitor each step closely.