S&OP? I have better things to do! 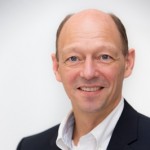 Without doubt, S&OP has been one of the most popular management buzzwords of the past decade. Gurus, consultants, blog writers and recently also software suppliers have claimed the topic. S&OP is hot and everybody wants to get a piece of the cake. Rightly so, because S&OP is a powerful concept with huge potential. Potential, that more often than not, remains untapped. This is a pity and it is unnecessary.

In a recent and typical case, S&OP had been positioned as one of the top priorities, next to an initiative to increase margins. Sr. managers of the various business functions participated in very disciplined ways, partly because the CEO had made it crystal clear that their commitment was paramount for the success of the process. He therefore even decided to chair the meeting himself. Supply Chain facilitated the process, did the bulk of the preparations and generally went home with 90% of the action points. Everybody was satisfied, mainly due to the increased transparency.

And then slowly things started to slip. Participants were getting annoyed by the operational character of the meeting. A lot of time was spent on sharing information and discussing short term issues, whereas important tactical decisions hardly ever made it to the agenda. Slowly but surely priorities started to shift; people started to send representatives or stopped joining at all, the process lost its momentum and later even disappeared into oblivion. Nobody really regretted this unavoidable fact, because when push came to shove, the process really did not contribute all that much to the business objectives. S&OP? I have better things to do!

Key problem in this case was that S&OP had become a target in itself. Next to initiatives for increasing margins, improving service levels and reducing working capital, S&OP had to be implemented as well. Not because specific business targets needed to be realised, but simply because S&OP is one of these things that professional companies do; every self-respecting company runs S&OP, and so will we.

Second problem is that S&OP has become a term that covers many different things. What used to be called operational planning all of a sudden is called S&OP now. Sounds better. But tactical and sometimes even strategic planning processes are called S&OP as well and this is where the confusion starts. Not because it is not correct, but because there is no distinction made. Which may result in a project with visible sr. management commitment and ownership, because that is what is required according to the experts. Correct for a tactical S&OP process, but too heavy for operational S&OP. Resulting in a situation in which far too senior managers are meeting about in depth operational issues. Until the pressure comes on, people have to rethink their priorities and find that S&OP is not at the top of their lists. We have already read about the predictable outcome.

So how should it be done?

The essentials of the solution are not rocket science: we have to start looking at S&OP as a means to an end, instead of as an objective in itself. What business goals are we trying to improve? What are the right solutions for achieving these goals? Could S&OP deliver an important contribution? Gartner’s well know reference model with the different maturity levels can be useful here; very different S&OP processes for very different problems.

Once the business objectives are clear, the next steps become obvious, e.g. who should be involved in the implementation. Sr. management commitment is great for an operational S&OP process, but too big a role in the execution can actually be a problem. For tactical “Supply-Demand balancing” (Gartner’s level 2) this already becomes a lot more important and when moving to Integrated Business Planning (IBP), you can not do without. If people start mixing up these levels then chances are high that the process will slowly die, because people get involved in problems and decisions that in fact are not relevant for them. These people will subsequently start to wonder whether they should not spend their time on more important things.

It is for good reasons that S&OP is regarded as one of the top priority business processes. The potential is huge and there are many examples of highly successful implementations. But success does not come automatically. Business objectives have to be crystal clear and often a road map is required to successfully get to the required level. No tactical process without a solid operational process. No full C-level involvement for an IBP implementation, without a very robust tactical S&OP process to serve as its foundation.

Better things to do than S&OP? Not if it is positioned well, because it will then free up, rather than take, time. Better decisions, less firefighting and real control of the business. If done well, you may have time to spare, not by stopping with S&OP but rather by taking the time to truly understand it, define the business objectives that it will serve and then implement it in a professional way.