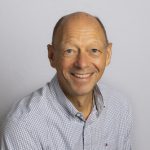 Hans van der Drift graduated from Delft University of Technology, with a thesis that was awarded the Van Lanschot prize for the best masters thesis. Also at Delft University of Technology, in 1993, he defended his PhD thesis on a business administrative topic: production planning for the manufacturing industry. Afterwards, he took a position at Unilever where he held a great number of management positions.

During the first years of his Unilever period, Hans worked as an internal consultant on various logistics optimisation projects, before he became responsible for the supply chain of Iglo and, subsequently, Lever Fabergé. In the latter job, he was the driving force behind the MCC (Manufacturers Consolidation Center), the joint distribution center of Lever Fabergé and Kimberly-Clark. This center was awarded several national logistics prizes, because of its innovative and environmentally friendly character. Next to the MCC, he was heavily involved in the implementations of SAP R/3 and APO.

During his last four years at Unilever, Hans worked as Plan Program Director for Europe. In this job, he was responsible for a number of large optimisation projects, including the introduction of European replenishment and the centralisation and tax-effective optimisation of the European planning function. In parallel, he was also  involved in the European rollout of S&OP.

In these years, he built up a broad experience in the food industry, retail, warehousing and distribution.

In 2008, he switched to business consultancy. As a partner of Involvation, he is involved in a large number of supply chain improvement projects. In addition, he is actively involve d in the development of new advisory services.

Hans lives in Huis ter Heide, is married and has three sons.