A team from Inspired-Talent has won The Fresh Connection Global Challenge and earned a ticket to the World Finals to be played in September in Amsterdam. 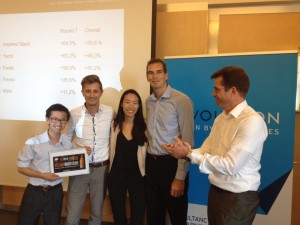 The Dutch final of The Fresh Connection Global Challenge 2015 was organized by Involvation on June 17th in the NH Rijnhotel in Arnhem. With very high and close scores the teams from Yacht and Ewals Cargo Care ended in 2nd and 3rd place in the ranking. The final rounds were exciting as new high impact decisions were introduced and many teams were performing well.

In Amsterdam Inspired-Talent will participate in the World Finals against other national champions from all over the world. At this moment teams from Germany, Poland, Saudi Arabia and China have qualified. Teams from other countries will follow the coming weeks.

September 19th, 2014: This year’s final was predetermined to be big and good with more than 300 company teams from 25 countries and over 1300 participants entering the 6th annual Global Challenge of The Fresh Connection. After an exciting battle at the national level 11 teams were selected to represent their company at the Dubai final. In the end the team from SPX (Poland) came out victorious claiming their number 1 spot with a convincing score. 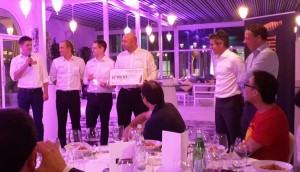 Starting off with the qualifications in January to April 2014 the teams had to prove their performance was fit to enter the competition. Teams that qualified were then divided into 11 country or region pools. Winning the pool either meant direct qualification for the Global Final, or qualification for a national final that had to be won to become one of the top teams. The stakes were high because besides winning the title of Global Challenge Champion 2014 the prize for the winning team was a one week executive supply chain course at the prestigious institute MIT in Boston.

The 1st runner up was the FrieslandCampina team from The Netherlands and the 2nd runner up was Coca Cola from China. The ranking can be found in the table below.

We are very much looking forward to next year’s Challenge for which already some new exiting features have been prepared. We will inform you on short notice. In 2015 the already 5th Global Final will take place in the capitol of The Fresh Connection’s homeland: Amsterdam.

We hope to see you all participating to become the 2015 Global Challenge Champion! 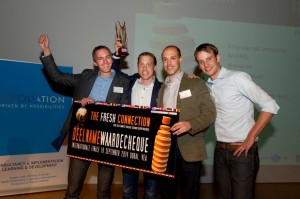 June 20th, 2014: For the second time in three years, a team from Royal FrieslandCampina has won the Dutch final of The Fresh Connection Global Challenge. A team from Mars came in second place while a team from Bavaria secured the final spot on the podium.

By winning the Dutch final, the team from Royal FrieslandCampina qualified for the World Final held in Dubai on September 19th. There it will compete amongst others against teams from Fuji-Xerox (Australia), AkzoNobel (UK) and DuPont (India).

June 11th, 2014: After a fierce competition over six rounds, 10 teams have qualified for the Dutch final on June 19 in Apenheul. There, the 10 teams will compete for fame and this one ticket to the world final on September 19th in Dubai. The ultimate reward: a Supply Chain Executive course on MIT in Boston. We are happy to announce the 10 finalists:

April 25th, 2014: Numerous teams qualified worldwide for Phase 2 of the battle for a ticket to the world finals in Dubai. A team of the Dutch AkzoNobel is on top at this moment. In about three weeks it will be clear which 10 teams progress to the national finals, or have qualified directly for Dubai.

The Fresh Connection Global Challenge is designed as a yearly competition between company teams. It offers them a challenge and learning experience. Work within your team of four to make the best strategic and tactical choices for the value chain to save the virtual company, The Fresh Connection, from financial ruin. Compete against teams from other companies, initially regionally and ultimately globally, to become the Global Challenge World Champion.

The Fresh Connection Global Challenge is an ideal opportunity to learn by experience and match your company’s supply chain management skills against the best in the world. The winner of the national competition is fully catered to the international final in Dubai to compete for the honor and an executive course at MIT in Boston, USA.

The theme for 2014 is: Supply Chain strategy segmentation and optimization of the logistic footprint.

The Fresh Connection: Judge us by our success

The Fresh Connection (TFC) creates greater alignment and a deeper understanding in the worlds biggest and best businesses: 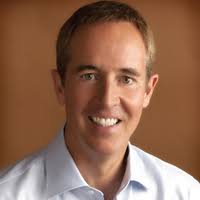