In 2012, FrieslandCampina resoundingly won the global final of The Fresh Connection, the management game from Involvation. FrieslandCampina’s success factors: working together, sticking to the chosen strategy, and basing decisions on facts and figures.

It was the second time that a team from FrieslandCampina Cheese had taken part in The Fresh Connection. The first team, in 2011, failed to reach the national final. “We thought to ourselves: we must be able to do better than that,” says Adzer Mulder, who along with several co-workers decided to form a new team.

The FrieslandCampina team soon discovered the key to success: collaboration. “We noticed that a high individual score did not necessarily mean that the team scored well overall,” recalls Chris Mangnus, who fulfilled the role of vice president purchasing in the team. “An individual win is a collective loss,” states Mulder, who adopted the role of vice president sales. Another success factor is remaining committed to the chosen approach, even when faced with occasional set-backs.

“There is no single winning strategy. Firmly sticking to one particular strategy and consistently applying it to every link in the chain pays off in the end,” continues Mangnus, speaking from experience. The team’s triumph in the global final underlines the importance of sales & operations planning (S&OP) to a company like FrieslandCampina. S&OP means cross-disciplinary consultation and making choices together for the total supply chain.

“You have to realise that the decisions made by the various disciplines involved are all interconnected. There’s a very strong sense of that within FrieslandCampina Cheese,” comments Mulder. In order to be able to make the right choices quickly, it is essential to have continual access to reliable information. The team members developed a computational model which enabled them to rapidly calculate the financial consequences of each decision. And last but not least, it is also important to have a well-balanced team, according to Mangnus: “We had a mix of different characters: visionaries as well as mathematicians, and people who were good at making snap decisions along with others who knew when to apply the brakes.”

On the right track

Toon Verhoeven, director supply chain at FrieslandCampina Cheese, and Derrien Jansen, manager planning & master data, were present when the FrieslandCampina team seized victory during the global final in Barcelona. For them, it was proof that they are on the right track. “It is not that difficult to be the best in one small aspect of supply chain management, but it is much harder to excel in terms of the entire chain,” says Verhoeven. “Their win is all down to teamwork: spurring each other on, providing – and accepting – candid feedback. They are all people who enjoy being involved with their profession,” adds Jansen.

Verhoeven and Jansen believe that the win had a lot to do with how the Cheese division operates. “The team had learnt a lot from the way in which we had implemented S&OP. That revolves around functional disciplines making decisions together, and they applied those principles successfully during the competition.” Another basis for success is an awareness of the financial aspects. “In our business, it is about finding the optimum between working capital, operational costs and service levels – with the customer value always the central focus,” says Verhoeven. 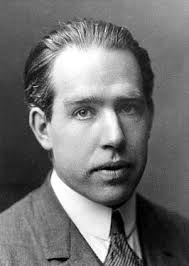