LambWeston has been working with the standard Sales & Operations Planning (S&OP) method for the past year. However, the manufacturer of frozen potato products is still in the process of learning and perfecting the approach. As part of that process, the board of directors arranged for the entire European management team to spend an afternoon playing the business game known as The Fresh Connection.

The outcome after the fi rst round of The Fresh Connection, held at LambWeston’s headquarters in Kruiningen, The Netherlands, was surprising: those participants who had achieved the highest individual scores had performed below par as a team, and team performance is the name of the game – especially in practice.

“Every sales-person wants to be the best at selling, but if he does so to the detriment of the rest of the company there’s no long-term future,” states Niels Meijer. Bas van Damme was one of the LambWeston participants whose team ranked second after the first round. “In this game, it immediately becomes clear what the consequences of your actions are for others. Collaboration is the key to success,” says Van Damme. His colleague Meijer expands on his point. “It’s not only your own depart-ment that is important, but the whole company, and in fact much more beyond that. It is important to collaborate with suppliers and customers too.”

In practice, the benefits of collaboration are not always directly apparent. “Different departments can have conflicting KPIs,” explains Van Damme. As Manufacturing Manager, for example, his performance is measured in terms of the yield he achieves from the raw materials. Sometimes, however, he has to manufacture products using raw materials that have a negative impact on the yield. “By collaborating with colleagues from the potato planning department, we might be able to reach different decisions, such as to use those potatoes for products which will achieve the desired yield,” continues Van Damme. Working with a natural product like potatoes – only serves to increase the importance of collaboration. “You sometimes have to deal with unexpected circumstances in the course of the season,” says Meijer. “Our customers don’t like surprises, they just want consistent quality.”

Having started with one factory in Kruiningen in 1985, LambWeston now has six factories across Europe, which all introduced Sales & Operations Planning (S&OP) a year ago. “At first, consultation between sales and operations would take place by the coffee machine,” recalls John Wiskerke, Director Raw & Supply Chain at LambWeston. “The company’s rapid growth has made it increasingly difficult to maintain an overview of the entire chain, so we’ve had to formalise procedures.”

LambWeston’s senior management from across the whole of Europe spent an afternoon playing The Fresh Connection. “This game brings the S&OP process alive. Managers experience first-hand how to make optimal chain-wide decisions,” summarises Wiskerke. It was a conscious decision to include several HR managers and even a legal expert among the 30 participants, explains Wiskerke. “In order to be effective sparring partners, they also need to have an understanding of these kinds of processes.”

The objective – to improve awareness of the necessity to collaborate – was accomplished successfully, despite, or perhaps because of, the exercise lasting only half a day. The rapid feedback on the scores served to intensify participants’ motivation levels, which were already high thanks to the game’s competitive element. “People still talk about it,” says Wiskerke, who is now considering setting up an internal competition for middle management. “If they too understand the wider picture, the implementation of the S&OP process will run even more smoothly.” 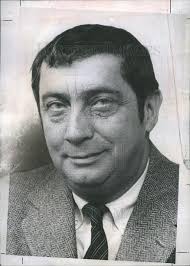